Ollie Wilkinson and JOTA McLaren team-mates, Marvin Kirchhöfer and Rob Bell earned an outstanding eighth-place finish from 26th on the grid at the TotalEnergies 24 Hours of Spa – the biggest GT race in the world.

The JOTA trio of drivers delivered a faultless performance to steer clear of incidents, punctures and penalties, and consistently climb the order throughout the twice around the clock encounter in the Ardennes. Stellar strategy and teamwork through 24 seamless pitstops also ensured the #38 gained 18 places to finish on the lead lap, and as the top McLaren 720S GT3 of the 66-car field.

The result marks a welcome return to point-scoring form for Wilkinson and the JOTA crew, after a disrupted Fanatec GT World Challenge Europe Powered by AWS campaign this season. It also marks a second top-flight finish at arguably the toughest GT3 race in the world, after Wilkinson and Bell finished seventh at Spa alongside Ben Baricoat last year.

One big difference to Wilkinson’s second 24 Hours of Spa encounter was the return of open fans access across the event, for the first time since 2019.

The 26-year-old kicked off JOTA’s race week by driving the #38 McLaren in the official Parade, from Spa-Francorchamps circuit and along the public roads to Spa city centre. Thousands of fans lined the route and gathered to see the cars displayed in downtown Spa.

The serious business of preparing for the 74th 24 Hours of Spa began on Thursday, with free practice and pre-qualifying taking place ahead of the evening qualifying sessions to set grid places 21-66.

With runs interrupted by red flag stoppages, Kirchhöfer, Wilkinson and Bell’s combined times secured 28th on the grid, later to become P26 as others picked up penalties in the Super Pole shootout. 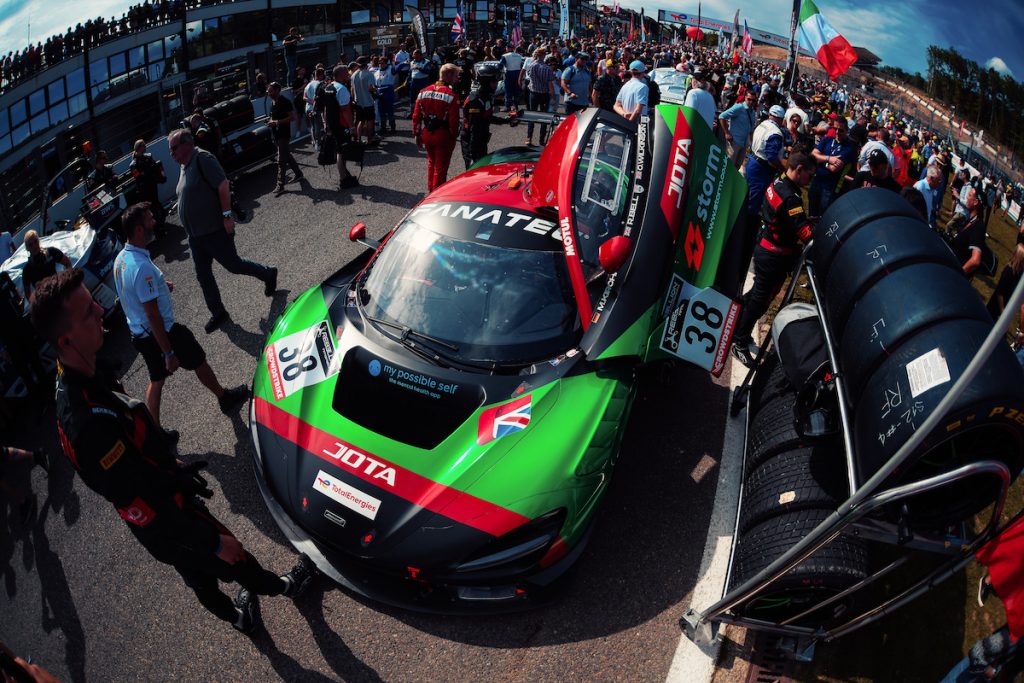 Kirchhöfer got the JOTA squad’s race underway with a promising start at 16:45 on Saturday, moving up to 23rd on lap one and onto 17th by the first round of pitstops. As the inevitable, multiple full course yellow and safety car periods came into play, the #38 continued with ruthless consistency as Kirchhöfer and then Bell pedalled the McLaren up to eighth at the six-hour mark.

Joining the fray in 13th place, Wilkinson was then charged with taking the team past midnight. Running in the thick of the still tightly-packed field, thanks to the numerous caution and safety car periods, Wilkinson worked his way up to 11th before Bell took over. 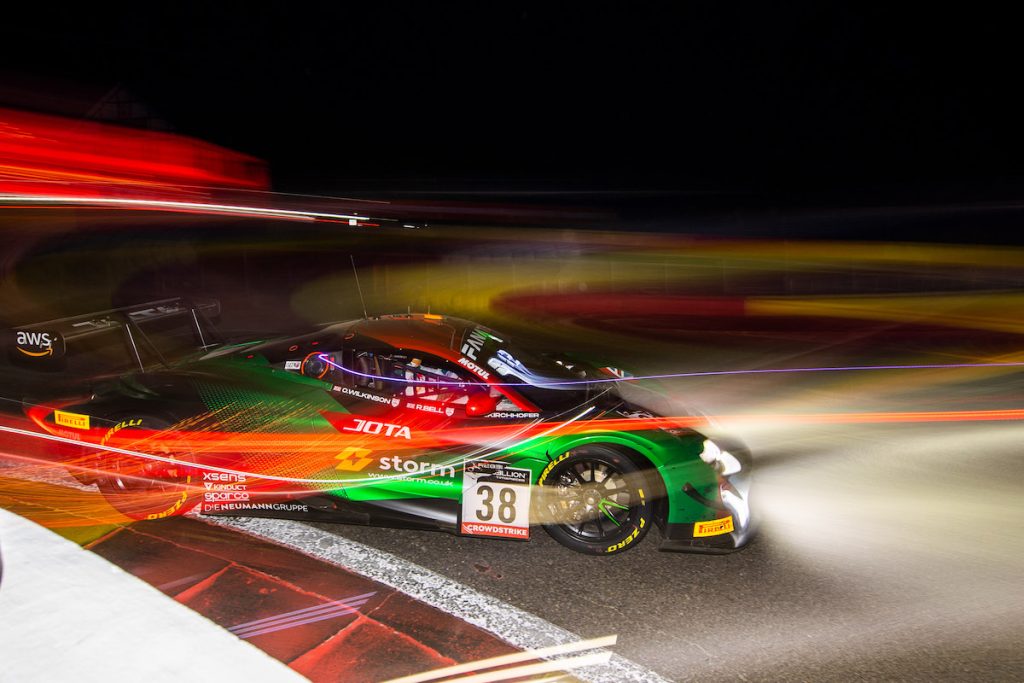 Despite a red flag stop to the race for around an hour shortly after, the McLaren continued to make gains as racing resumed into the daylight. Taking over for his final stint on Sunday afternoon, Wilkinson ensured the team consolidated its place well inside the top 10, consistently running around seventh overall heading into the final three hours.

After 21 hours of racing, a clear podium order was still as yet to be established. The JOTA McLaren was in with an outside chance of upsetting that order up until the final 120 minutes, in which time the team had to complete two more compulsory pitstops.

With those complete, the #38 remained unchallenged to the flag to finish eighth overall, whilst Wilkinson, Kirchhöfer and Bell took their biggest points haul of the season so far.

“Finishing eighth from 26th on the grid is an amazing achievement – and with all credit to the JOTA girls and boys,” said Wilkinson. “I didn’t have the best qualifying run and that put us on the back foot, but we kept our heads down and kept things as clean as possible and it paid off. Marvin and Rob did an amazing job, to come back from there and almost threaten the podium is incredible.”